Beware of Food and Identity Thieves!

Be ready to watch your waistline (expand). The amount of food on any set is crazy and delicious. And it’s easy to be sedentary. For the first time in ten years, I could not button my ski pants. I was willing to let them be so tight that I had to walk bowlegged, but I couldn’t even zip OR button them up. This was a visible embarrassment as no one has extra, bigger, pair of ski pants lying around, including me. I had to go out and make this major purchase. Then I was forced to admit it to my husband and four kids because everyone noticed. Can’t just slip in with new ski pants. Upon spotting me, each child asked, “Why do you have new ski pants? I liked the pink ones.” I wanted to scream, “I liked the pink ones too! It’s those shooting days--the steak and chicken buffets and treat-ladened food trucks did me in. Sigh. I’m trying to minimize the damage, but I can’t even button the pink ski pants lying down.” 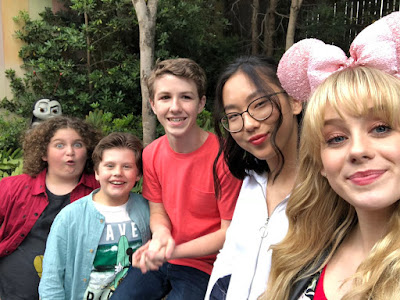 Amazing food is a perk for all the cast and crew that work on any show. There is an entire small team, affectionately named Crafty, that buys all the meals (breakfast and lunch on non-shoot days) and also has a fully stocked kitchenette with snacks, drinks, fruit, and anything else that people indicate they like (ice machine, ice cream freezer, and more). Most of the time in life, there is no such thing as a free lunch. That does not hold true on set! At all! You will be surrounded by food non-stop. On shoot days (when they are filming), there is breakfast, lunch and dinner PLUS a morning and evening snack. And when I say snack, I mean they bring in the pizza oven and make custom pizzas for all. Or they set up a taco bar and hand make tacos for all. And usually on one of the two shoot days for an episode, a delicious food truck shows up. Lobster rolls, ice cream, coffee trucks, you name it, it rolls in and I find myself eating yet again. My son doesn’t really like or eat sweets. He would not really eat any of the amazing cakes, pastries, ice cream sundaes, or cookies. Somebody had to eat them. And the set parents, along with the crew, can’t seem to resist.

It’s not the weight creep that left me questioning who I was or what was important to me as I lived in LA with my son, but away from my husband and other kids. I work very hard to NOT tie my identity or my son’s identity to the show. Sometimes when my son is recognized, the child refers to him as Bernie. To the audience, Ethan is Bernie but Ethan is a distinctly different person. He acts the character of Bernie. That is hugely important. If the writers want Bernie to be a little clueless, clumsy and say ridiculous things to be funny, it is Ethan’s job to pull that off as best as he can. Ethan doesn’t analyze the lines and say, “I don’t want to say that. It doesn’t reflect me or show me as I want to be shown.” The parent has to keep telling the child actor that they are separate and distinct from their character. They have to deliver the storyline at the highest level as written by the writers and coached by dialogue coaches, directors and executive producers. This is much more of a challenge than it appears because the kids’ characters will always have flaws and challenges because it makes them more relatable, funny and believable. So, child actors have to do embarrassing and uncool things, a lot. 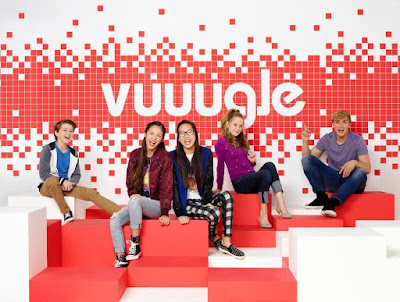 Another important point is that your child’s identity should not be tied to how many lines they have, or if they are called the ‘lead’, series regular, recurring guest star, etc. Because they are all lucky to be on the show and no one is more important than anyone else on life’s playing field. I will dedicate an entire blog to this later as this is a major point and a source of drama on many shows. There is some racking and stacking and parents have to do everything they can to help their child keep things in perspective; lessen the impact of the rack and stack nature of the business.

My set mom friend Jennifer made an excellent observation when I asked if she had advice for new set parents. She said, “It is very important to keep your own interests and encourage your child to have outside interests as well. So, as child keeps growing as a person, the parent has to do the same. My identity is not only the mom of a Disney Channel actor and I try to never let that mindset creep in.”

I do everything I can to keep outside interests and work remotely as much as possible. I love to play tennis, write blogs and children’s books; I’m on a hospital board and a school (for different learners) board. I talk to my husband and kids every day. I stay current with my friends back home even as I make new ones from the show and Disney. Because I’m now navigating two worlds and I want to do it well. The show life is all encompassing but I have other things in my life to keep me in balance and grounded. 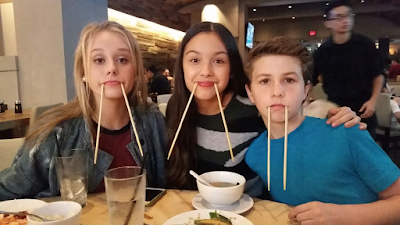 Last advice for this week - it is critical to be more invested in yourself than you are in the show. Becoming overly invested in your child and their success will take you down a bad road. Being in a show is like living in an intense bubble. Sometimes it just takes over and small things seem important. Everyone has to get out of the weeds sometimes; regain your balance and retain your sanity.

Thanks for coming back again to read the blogs! More tips and insights forthcoming. Have a great week.