Judging me is one thing. Judging my kids is a weapon that should never be used. There should be a warning alarm, a fire alarm that goes off and someone sky writes ‘don’t go there! It will end badly!’ Every child has his/her moments—some are brag-worthy but more are awful, messy and stressful. I always hope my kids’ worst moments happen in the confines of our home. But when my child has an extremely unattractive moment, a look from a thin-lipped mom takes the situation from bad to ‘I want to cry in frustration!’ 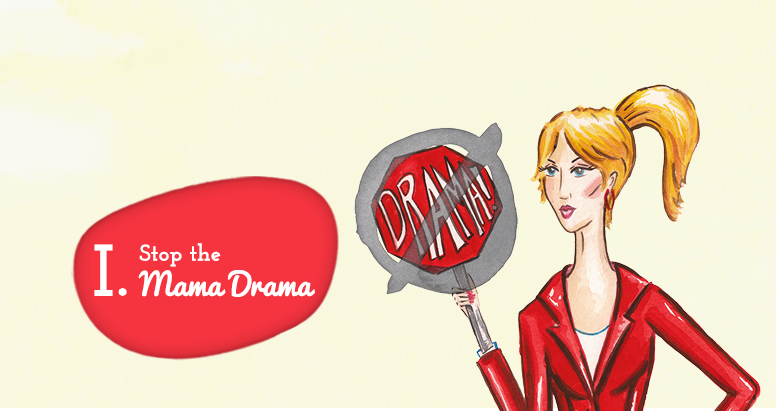 When I’m struggling with an uncooperative child, I appreciate an offer to help or the person pretending she doesn’t notice the meltdown. So, I try to do the same when I see a child in meltdown mode. I don’t raise my eyebrows at a distressed mom or talk about it to other moms, pointing at her. I don’t judge her kid based on that moment. We all have unlimited love for our children, and they all crumple like broken accordions in times of high stress or pressure. That’s why happy hour, or wine o’clock as my friend Michael calls it, was invented and will perpetuate as long as motherhood exists.

A few of my friends contributed some of their ‘judgiest’ stories--

Misty, mind your own business

I went to watch my second grade daughter in a school play. She didn’t have a very big part and didn’t behave very well on stage. I watched intently, trying not to display any of the dismay I felt. Another mother leaned in and said to me, ‘you should have her tested. With meds, she could focus and not fidget so much’. I was so surprised that I didn’t answer. But as the play wore on and afterwards, I felt more and more angry. She’s not a doctor and her feigned concern was intrusive. Who is she to judge after a 45-minute play that my daughter has ADHD and should be medicated?

Audrey, raising a tough one

As a baby, my daughter never woke from a nap without screaming to be pulled out of the crib immediately. In kindergarten, when she was good she was so good, and when she was bad, she was horrid. She was tough. She was a leader. She was creative at planning what everyone should do next - but became quite bored when things were not done her way. To be honest, she was not always the nicest or most considerate - but nobody walked on her. In third grade, other moms labeled her ‘queen bee’. She would go from being very popular to being “persona non gratis”. It was tough to watch. It was even tougher because many of the swings in opinion were propelled by the moms. Of course, our kids are a direct reflection on us. When she wasn’t nice - it was as if I wasn’t being nice and they talked about me behind my back. I said to her- “who are the girls that are never out?’ “Who are the girls that everyone always likes - and never turn on? Watch how they act with others -and try to treat others like they do.” She learned to observe her own and other’s behaviors. By the time she entered high school, she had gotten much better at being a leader in a humble way. She became the Editor and Chief of her High School newspaper and the Captain of the High School Tennis team. And, the best part is - all those moms that were tongue wagging now ask if one day - when she has a big job - can hire their kids!? Lesson – hang in there!

There are moms out there who don’t discipline or even watch their kids. They even pretend they are not with them. These moms don’t get a pass from anyone judging them. They make it worse for us moms who try to get our kids to behave! Stay clicked in moms!

Getting a child into pre-school, kindergarten and elementary school keeps moms around the world up at night. Any child can have a good day or bad, but so much rests on one isolated hour. Will he play well with others? Will she look the interviewer in the eye? Will he sit and focus on an exercise? Did she come off as happy and a ‘do-er’? Did I get the right recommendations? Moms kill themselves to get their child in the right frame of mind, bribing, cajoling, but in the end, it’s out of our control.

The only acceptable answer from Admissions to any mom is that her child is ACCEPTED. For me, with my first child, there was an audible exhale, high five and celebration. Thank goodness her life is on track! But another scenario unfolded for my second child, the one who had a hint of bad boy, even at age five. Mr. Mailperson only had a little envelope for me as I waited at the end of the driveway, trying to appear carefree and unaffected. My hand shook as I opened the small envelope bearing the school crest. With flowery language, my child was rejected! He’s judged as not measuring up, and that means I don’t measure up. I tried to hide my feeling of, ‘this feels like the end of the world’. My husband thankfully shared my disappointment and didn’t say I was making a big deal over something that won’t matter in the long run. This was a serious blow to my mommy manifesto. 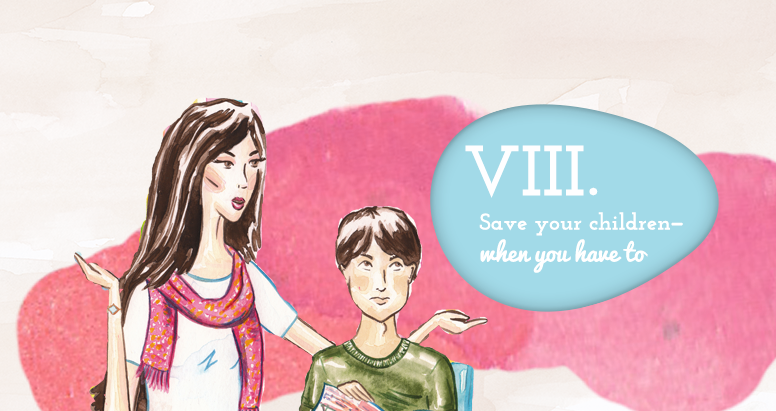 Since so many parents face this scenario, they figure out what the measures are and then how to meet or beat them. The tutoring centers find out what’s in the admissions interviews and they coach the children. Then the Admissions office changes things up so little robots don’t walk in the door. It’s become a game, and collectively, we are not winning.

It’s another intensified issue. I don’t remember the stakes being this high when I was a kid. My parents bought a house in a neighborhood with a decent school district and we went to school, starting with kindergarten. Children weren’t judged so early on. Starting kindergarten wasn’t a high stress-associated event.

Elena, I wish I didn’t care as much as I do

I went to a Girls Night Out right after hearing my son was not accepted to the private school we had hoped for. The other moms have kids around my child’s age. One mom, who I thought of as my friend, was going on and on about how her child had been accepted into all three schools. Another mom said, ‘he just has that ‘it’ factor and the mom agreed. I asked what she attributed her son’s success to and she answered seriously, ‘parenting of course’. I was so upset I had to leave the table. I collected myself and went back to the table. Another mom said to me, ‘you know, this school is not for every child’. I couldn’t accept this statement as all their kids got in. I could have accepted it from a mom whose child had not got in. Thank goodness another mom was driving me home because I pounded down glasses of wine until I was numb.

I have advice for a mom offering her friend advice when her child gets cut from a sport or denied admission to a school. Don’t say, ‘it’s probably for the best’ if your own kid got in. When my kids are cut or rejected, I’m bleeding for my child and wish I could change the outcome. I need a friend to offer comfort. Then help me strategize what I’m going to do next, because it’s all I’m thinking about.

With four kids, we’ve survived many cuts from things like sports teams, school admissions and play tryouts. Trial and error builds character and teaches resiliency. I want my kids to try for things and when they don’t make it, put themselves out there again. But the actual moments of rejection really suck. Especially when my daughter’s face is twisted in fear as she listens in on my end of the conversation that she didn’t make the team or get invited to honors math.

I am the only mom my kids know. Even if I make a decision that I would take back, miss something important, or have a lapse in mom judgment, my kids don’t know it. Because what they live every day is normal to them. As the only mom they know, my kids don’t think about changing me out.

So let’s be more like our kids and not notice all and point out a mom’s moment of weakness or embarrassment! Let’s bring the judging down a notch!