Everyone makes assumptions. One time I yelled at my child for not making it to the wastebasket as she puked in the mall. Another mom gave me ‘the frown’ or what I call the ‘shame on you’ shake of the head. I wanted to yell, “Don’t shake your head at me unless you understand what kind of day I’m having. Help me clean up the vomit or keep my three-year-old from walking in it. Those are the only parts I have open in this moment of chaos. 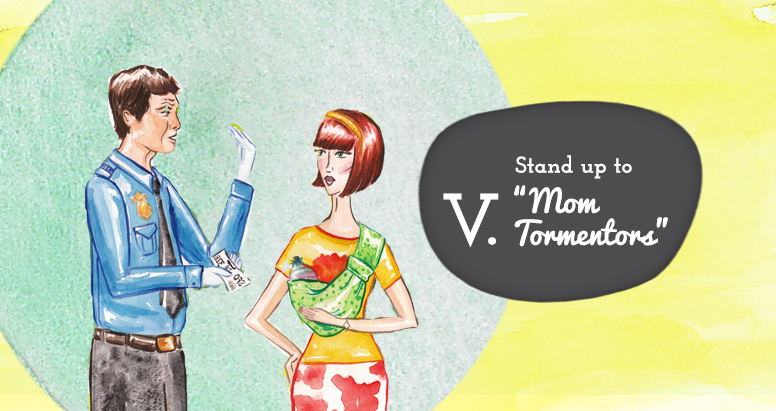 Lots of people are convinced that there is one best approach to raising children. There are experts who offer advice. Many of them are ‘real experts’ with big degrees to back up their advice. They often write about stuff I refer to as parenting fads. Then there are other experts that offer opinions and advice packaged as helpful tips and hints. From this universe of advice, some moms buy into the fad of the moment and get on a soapbox about certain things. I call these moms – mom shamers.

When I went back to Connecticut from Seoul for the second summer, a new trend was raging in the area I lived in. Everywhere I looked there were yoga bags, Trader Joe and Whole Food bags. At beaches, kids playgrounds, grocery stores and malls. I was accustomed to the designer bag culture of Seoul, where designer bags indicated status, taste and sophistication. Here, only one friend, Audrey, held firm and continued to rotate her mainly new designer bags weekly. I asked her, “What’s with all the Whole Foods bags?”

She said, “The Whole Foods bags are an advertisement. The moms think this shows that they are great moms. So having a kid’s birthday party has officially moved from one stop at Costco to boutique shopping at Whole Foods so that all the food and drinks are organic, except the cake of course. That has to come from a known bakery. Then itunes cards as party favors!” Another friend, Brooke, chimed in, “The obsession with organic food and nutrition is unbelievable. I carry my workout clothes in my reusable grocery bag! Taylor brings her lunch or field trip supplies in them. We don’t even use water bottles anymore. We send everything in a reusable water bottle. The amount of judging is crazy so everyone has jumped on. I’m not saying that using a Hydroflax or eating organic food isn’t a good idea but it’s gotten out of hand.”

One of my favorite, very direct friends, Lanie, said, “It’s a soapbox shit show. The magpies are out in full force. Sewing all their mouths shut would be a full time job so I’ve given up.”

All summer I felt the pressure to drive to the next town to get all the right foods from Whole Foods and Trader Joe's for my kids. And they do have some awesome food! But my kids secretly pressured me to get take-out from the diner so they could have chicken nuggets and fries. They also wanted Kraft Mac and Cheese, not Annies, and goldfish, not cheddar bunnies. They took a militant stand on popsicles. They wanted the yellow box. I backed down and filled the freezer with their icy treats.

I won on milk, eggs, fruit and most of the meat. And I carried my reusable bags with pride to the pool and on errands. I was a checked-in mom.

When I went back to Seoul, I told our ajummah Mrs. Cho we were going to eat a more healthy diet brimming with organic food. I made the pronouncement expecting a battle. She was thrilled. “I know good place. Everything fresh and best. Mrs. Cho know best. I go too.” She was clapping so I was immediately suspicious I had unwittingly made a grave error.

Mrs. Cho kept talking, “Great market across bridge. Many fruit, vegetable, fish, meat. Only cash. No credit card.” The next day, with lots of cash, my little girl Claire, Mrs. Cho, and I headed across the bridge. The warehouse was huge, with a great deal of activity. Trucks and vans making and taking deliveries, men in uniforms hosing off the pavement. Mrs. Cho darted through the parking lot with authority, carrying my little girl on her back in a sack. I followed closely into a warehouse filled with so much fresh food it was an assault on my senses.

We got a cart. Mrs. Cho was proud, saying, “Everything fresh. Everything Korean. All best food.” She put my little girl in the front of the cart and we set off. The vendors have stands and call out to people as they pass by.

We started in vegetables. A vendor motioned to us, holding up carrots. The carrots had dirt on them. Mrs. Cho translated, “So fresh, they not even washed yet. Out of ground today. See! Mrs. Cho know best!” We bought some dirty carrots and moved on. People followed us, trying to take pictures of my little girl, reaching out fingers to touch her cheek. We arrived at the potato section. Mrs. Cho said, “Man says so fresh there is worm in dirt. So fresh!”

I put on an impressed face, but I was thinking, Worms, yuck! Not a good selling point. The potatoes went in the cart. We paid the vendor at each stand, all cash.

Next we went to the meats. A woman took her gloved hand out of the raw chicken and tried to touch my little girl’s face. I gave the carriage a shove. “Mrs. Cho, don’t let her touch her face! She could get salmonella!”

Mrs. Cho shook her head in disgust. “Salmon over there with fishies. This meat! Silly!” I pushed the carriage away from the grasping chicken fingers. I asked, “Can you get some meat, and I’ll wait over there?”

Mrs. Cho haggled and discussed with different stands, bringing more fresh meat and produce over. She said, “You too fancy. No jewelry or shoes like that. They no bargain because you can pay. Bah! Know nothing!” She stomped off, pushing the cart as if it were a load of fairy dust.

The cart was full, and the kids weren’t going to eat much of what’s in it. Mrs. Cho said, “Okay, fish, then done.” The fish smell was overpowering and got stronger as we approached. When we turned a corner, I saw about one hundred feet of counter space with men clubbing fish! There was blood all over their white aprons, and the pounding sound was very loud. I felt like I was swimming in blood and guts. There were enormous tanks in back of the men containing every type of fish imaginable. The fish were swimming energetically, not understanding their predicament.

Mrs. Cho pointed. “Go! Pick some fish. They prepare for you.” I looked at my little girl who was smiling and pointing at the massive tanks. “Hello, fishies. Mommy, I want to see the fishies.”

She said, “Where you think fish and meat come? Aaahhh! I do it. You go to car.”

I looked at my little girl again. “No, Mrs. Cho. No fish today. Please.” She pushed the cart, muttering, “She want fresh. This fresh! So silly!”

When we got to the van, Mrs. Cho told the driver Mr. Park, “She so silly. Wants to save fishies.” Mr. Park smiled. “Yes, she wants to save everyone.”

I sent a text to my US friends, Nikki and Lanie, with a photo of the warehouse—

Lanie texted me back. “Loved your photo. I’d become a vegetarian but it’s too inconvenient.”

I told her that it’s official—we are returning to our normal hybrid diet (half good, half judged as sub par by the soapbox moms). All organic and/or farm to table was too tough and sometimes disturbing.

My phone rang a minute later. Lanie started venting immediately. “I’m so mad. My kids have played with our neighbor Melinda’s kids forever. Lately when my kids ask them to come by, they say they’re too busy. The weather was bad so I told Katie see if they wanted to bake some cookies and watch a movie. 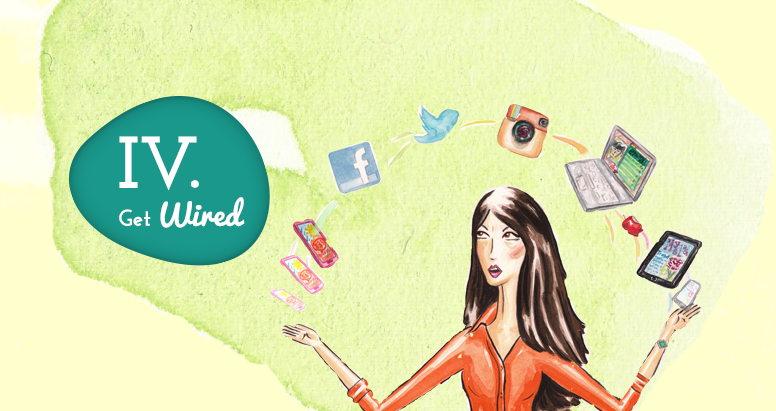 I say, “We’ve missed you,” to Melinda’s son when he comes over. He says, “My mom told us we could do better than playing with Jake and Katie. That we should aim higher. She wants us to play with the new kids from London.” Jake went and played with him as if nothing had changed. As if this was all normal and acceptable. She’s officially my new frenemy. She’s a climber and I don’t want anyone judging my kids.”

I assured Lanie that this is Melinda’s issue, not hers. In the end, kids pick their own friends and most of the time, it is the daughter or son of someone we don’t really like. I told Lanie that she has to call me when she sees Melinda next. I know she will call her out.

Bet you've got your own stories. Share them here.