Why the Mom’s Code?

vii. There Are Some Mom Tormentors 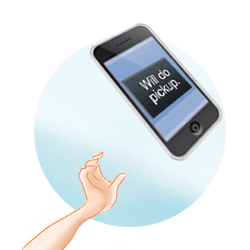 We are now happily living in Honolulu, but I see many of the same parenting challenges I experienced on the East Coast and in Seoul. At a recent “Girls’ Night Out,” my friends and I compared stories about the struggles with balance and the challenges in raising our children. One friend had a painful story to tell. Boys at school were taunting her “whisper of a thing” daughter every recess, calling her “midget, small fry, pea brain, loser.” Their ringleader even knocked her down. The little girl was having nightmares and didn’t want to go to school. My friend reached out to the bully’s mom, who angrily denied everything. “That’s impossible,” she snapped. “In fact, my son said your daughter is teasing him.” With nothing else to do, my friend appealed to the school administration. They called the boy’s mom, who staunchly defended her son. A counselor talked to the boy, who accused the girl of lying. No meeting of all parties was ever called. The administration said it was an instance of “he said, she said,” and there was little they could do. The boy continues bullying my friend’s daughter to this day. I remembered when I was bullied in fourth grade and everyone worked it out together without judgment and drama. “Wow,” I thought, “things have changed a lot. What happened?”

At our Girls’ Night Out, we have one friend who is always bragging about how exceptional her children are—and never admits there are any issues in her house.

As a first-grade reading volunteer, I suggested an easier book to a child who was struggling to read a chapter book. The mom heard about it and yelled at me, saying I wanted her child to fail.